As your dental office, it is our responsibility to be more than just your tooth doctor — we also want to contribute to your total body health.

That’s why we do a full oral cancer screening at every checkup. This quick and easy exam can catch oral cancer before it starts! Early detection, as with any cancer, is crucial in a positive outcome.

Some warning signs to look for:

So don’t neglect your six-month checkup. Not only will we clean your teeth we’ll also make sure you’re cavity-free. We are committed to your overall health, because your health is our top priority.

The sippy cup is a spill proof, lid-covered drinking cup designed to help parents teach their toddlers how to drink without spilling. Children can toss it, drop it and turn it upside down, but they can’t spill its contents. That’s thanks to a valve in the top that releases liquid only when a child puts his lips around the tip and sucks. Day after day countless parents reach for that sippy cup their toddlers love so well, proud that the bottle is a thing of the past, and thrilled that their car seats and living room carpets will be spared! These parents though, should think twice before resorting to extended use of the sippy cup.

Many parents operate under the mistaken impression that the sippy cup is better than allowing the child to sleep with a bottle. The damage done by the bedtime bottle is fueled by the fact that no saliva flows during sleep to clear liquids from the mouth or dilute them. Liquids bathe the teeth all night. The sippy cup filled with sweetened liquids can cause the same damaging effects. The child’s teeth are immersed in the liquid during drinking and many parents allow unlimited access to the sippy cup.

The American Academy of Pediatric Dentistry recommends that children be weaned from the bottle by 12-14 months of age and be encouraged to drink from a cup. Parents are cautioned however that the repetitive consumption of liquids that contain fermentable carbohydrates (milk, juice, soft drinks etc.) from a bottle or sippy cup should be avoided.

• Be very selective about the liquids that you give your child from the sippy cup. Avoid milk, juice, and soft drinks. Try water or sugar free beverages instead.

• Use the sippy cup only as a transition to a regular cup or adult drinking glass with no lid.

• Consider cup design carefully. A pop-up straw reduces the amount of time the liquid is in contact with the teeth.

• Some speech pathologists have expressed concern about over use of the sippy cup and liken its use to a thumb-sucking habit, the effects of which are well documented.

With your help, dental visits can be a positive – even fun – experience for your kids. Our staff will spend a lot of time with your kids to help them feel comfortable and understand what they can expect. You can help us make their next visit a successful one by working with us to accomplish this goal!

Here’s what we suggest:

If your child receives any kind of anesthesia, assure them that their “tickly” or “sleepy” tongue will go away in no time. Most kids don’t mind the numbness, and some even think it’s fun – that’s a good thing.

Puberty is a fact of life where a child’s body matures and becomes capable of reproduction. It is during this time that hair sprouts up in unusual places, voices drop, girls start menstruating and smiles can become plagued with swollen gums that are more sensitive to dental plaque and at greater risk for dental problems.

Puberty is fueled by hormonal signals to the brain and the release of those compounds is essential to the maturation process. However, while those hormones are imbalanced, growing girls and boys are more prone to oral issues including infections, gingivitis and mouth sores. Fortunately a good dental hygiene regimen complete with daily brushing, flossing and regular trips to the dentist will act as a form of preventative dentistry and minimize any oral health risks associated with the natural evolution of life. 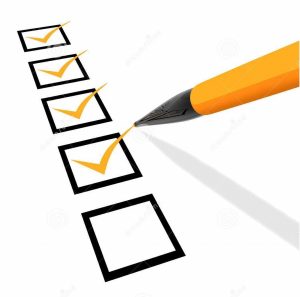 Keep up your regular dental visits. Hopefully, you’ve had a lifetime of professional dental care. Don’t stop now! Just as these years might motivate you to take special care of your overall health, it’s a good idea to give your teeth some extra attention, too. That means visiting your dentist regularly and practicing good oral hygiene habits at home.

Can Teenagers Get Gum Disease?

Gum disease might seem like something only adults get, but the truth is it affects people of all ages. In fact, TeenHealth.com reports that 60 percent of 15-year-olds have gingivitis, the early stage of gum disease. Other studies show that teenage girls may be even more vulnerable to gum disease because of hormonal changes.
This is bad news for teenagers, who may have bad breath or sore gums as the result of gingivitis. But there’s also good news: Gum disease can easily be treated and prevented.
Treatment of gingivitis usually involves a scaling and root planing treatment (SRP) to remove plaque and tartar buildup below the gum line. Just one SRP treatment can reverse the signs of gingivitis and prevent gum disease from progressing.
But how do you keep gum disease from coming back? Pretty much the same way you can prevent it from developing in the first place: brush, floss, get dental cleanings AND eat healthy foods. Healthy eating is where teens often get tripped up – sweets, sodas, energy drinks and sports drinks are heavily marked to and consumed by teenagers.
You can make it easy for your teen to choose healthier options for their teeth and body by making sure the fridge is always stocked with things like fresh fruit, vegetables, cheese and water.

Oral piercing is a form of body art and self-expression that’s all the rage among teenagers and young adults. While piercings of the tongue, lip or cheek might seem safe because “everyone has them,” that’s not entirely true. The mouth is a moist place, which means it’s a breeding ground for bacteria and infection. And the primary danger of oral piercing is increased risk of infection. There are other risks, too. Oral piercings can also chip or crack teeth, cause nerve damage and produce an allergic reaction to metal. Some people also notice that it’s more difficult to speak, chew and swallow after piercings.
Do the smart thing and have your teenager see a dentist before piercing. Learning about the potential risks will make for a happier, healthier loved one.
And if your teen decides to go ahead with a piercing, make sure he or she keeps it clean! This is the single most effective way to fight off infection. And if your teen notices any of the following symptoms, schedule a dentist appointment right away: 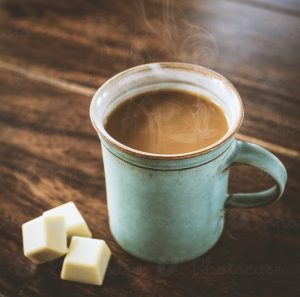 Science has shown that heat will cause molecules and atoms to vibrate faster, increase space between atoms and cause expansion. Tooth enamel is one such substance that will expand under heat and during that stage, the tannins in coffee and tea can lodge into the void and as the teeth cool down again, tooth staining can be the result.

Proper oral hygiene can help teeth stay clean and lower the level of dental plaque, and brushing with a whitening toothpaste may help alleviate some of the discoloration. Patients may also choose to get professional teeth whitening from a dentist specializing in cosmetic dentistry.

Just as calcium and vitamin D are needed for healthy bones, they are also necessary for your baby’s oral health. Teeth start to form in utero, so dental problems can start before they even erupt. It’s long been known that calcium helps strengthen a fetus’ teeth during the development process, but now scientists have discovered a link between prenatal vitamin D and tooth decay.

The results of this study raise concerns in the dental health community, and although further research is needed, it may mean expectant mothers need to increase their vitamin D intake to help prevent childhood dental problems.

As the research indicates, vitamin D may affect children’s dental health long before they’re born! If you’re expecting, speak with your dentist about your diet and nutritional supplements, and visit your dentist regularly for a dental checkup. Taking the time to care for yourself could increase your baby’s chances for a longer, healthier life!

Dental Care Checklist for Infants
See the dentist by age 1. Schedule your infant’s first dental visit by the age of 1 or after the first tooth erupts.
Clean baby’s gums. Use gauze to clean your infant’s gums after feedings and at bedtime. Ideally, this should be done even before your baby’s first tooth erupts.
Brush baby teeth. Once your infant’s baby teeth erupt, brush them with a small soft-bristled toothbrush and a pea-sized amount of toothpaste after feedings and at bedtime.
Floss baby teeth. When two baby teeth erupt side by side, gently floss them at least once a day (preferably before bedtime).
Wean baby from the bottle. Ask your pediatrician when you should stop breastfeeding. Bottle-fed babies should be weaned from the bottle by the age of 1.
Keep an Eye On:
Baby Bottle Tooth Decay – Keep your infant’s teeth healthy by cleaning them after feedings, and avoid putting your baby to bed with formula or fruit juice (these contain decay-causing sugars); use water instead.
Signs of Teething — Your infant’s first tooth can erupt, or “cut,” as early as three months and as late as a year. Teeth symptoms can vary greatly, but if your baby becomes increasingly irritable or starts drooling, biting and coughing more than normal, he or she could be teething. Try a teething ring or bottle of cold water for relief.
Excessive Pacifier Use – If your infant uses a pacifier for more than three years, he or she may develop slanted teeth or a misaligned bite later. If you have a difficult time weaning your infant from pacifier use, ask us about alternative ways to give the comfort your little one craves.

Are You New Patient?

We encourage our new patients to arrive 15 minutes earlier than their scheduled appointment time.
Click Here For New Patient Form

Are You New Patient?

We encourage our new patients to arrive 15 minutes earlier than their scheduled appointment time. click here